"It all came as a surprise to me! I just wanted to bring the cost of moving down. I discovered this new scam by accident while surfing the Internet. It's crazy! I was going to just carry on going school but now I have help stop these awful scammers, can you help us by reporting them to the authorities?" 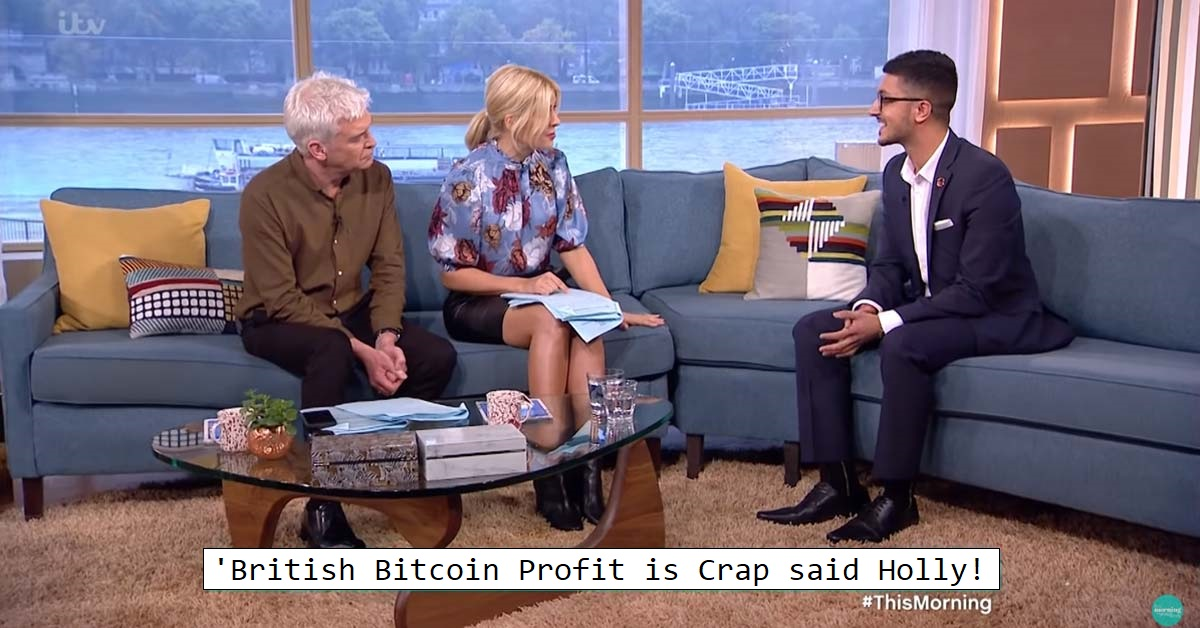 Appearing on the 'This Morning' show, Akshay Phillips expressed his shock and slammed Brexit Millionaire creators for damaging the lives of so many decent people by sending them into financial ruin. Akshay said he never understood exactly how their morality works but that it has been making him fight harder consistently, from the very first day he heard about these fraudsters.

The official website of this Bitcoin Sucker platform generate high profits for any user by executing a unique trading algorithm which is obvious nonsense. This 'algorithm' supposedly enables the user to automatically trade Bitcoin and other crypto currencies. It is all part of the drivel that the scammers wish innocent people to believe in order to defraud them.

Be warned though, said Akshay, innocent people are encouraged to deposit an initial amount of £250. The algorithm then pretends to increase their bank balance, encouraging them to deposit more. This way the scammers will get all of your money.

Akshay said that any credit card will be maxed out after they trick you into the initial deposit.

Live on the air, Akshay asked Holly Willoughby to make sure she got the message out that Brexit Millionaire was a horrible scam run by uncaring swines that wished to defraud unfortunate people by tricking them with promised wealth.

Holly was grateful for the warning and agreed to help as she had been used as a figurehead by these scammers herself.

After Holly heard about the fraud being conducted with this fake algorithm she decided to warn her TV viewers and Twitter followers. Within only 7 minutes, Holly made it very clear that she had no opinion on investments publicly, especially Bitcoin, and had a family to raise and a TV career to mind and would never dream of parading ideas about concerning personal finance, as that could turn out to be dangerous.

Before Akshay even had a chance to answer Phillip Schofields question, Holly jumped and said with a smile on her face: "Now I have understood these scammers, how is it possible people could have so few scruples?"

At this point, "This Morning" producers decided to step in and officially warn the British public that CFD trading is a dangerous game. Most of the 'traders' (bookmakers) are offshore in the Caribbean or Cyprus and are not regulated by the FCA. This means that no matter how much you lose or wind up owing, no official body can help you!

We Decided To Investigate this Bitcoin Sucker platform

If Brexit Millionaire is constantly taking money from its users, how does the CFD/ForEx product not become outlawed?

We found out that the answer is simple but sad: Bitcoin Sucker platform keeps exactly 100% of the users' profits. In other words, because they are unregulated swines, they are defrauding people rather than offering broker services they keep as much money as possible.

keeps changing the product name from Bitcoin Trader to Immediate Edge to Brexit Milllionaire, to Bitcon Butthole (OK I made that one up) but keep the same trick of trying to extort £250 GBP ($250 dollars) to be sure you have access to funds.

Currently there are no reliable trading bots. As soon as the deposit is made, the fake account and fake trading algorithm are activated.

We've seen a lot of scams promising similar results over the past year. In order for us to be sure and to give our readers actual results, whether they were going to be scammed or really scammed, we had to track down the scammer owners of Brexit Millionaire ourselves.

Our Results with the Bitcoin Sucker platform:

No need to verify Akshay's story, we have seen all the previous incarnations of scams like Brexit Millionaire ourselves and can assure everyone there is no way for an average person to make any money with it.

Our reporter Justin King went through the full scam process:

Registration to the Bitcoin Sucker platform was quick as all they actually want are your telephone contact details.

I couldn't do anything once they started plaguing me with calls. In order to get rid of these telephone terrorists you would actually need to get a new number.

Once they know you can afford their $250 funds access test, they start to put the pressure on. They call hundreds of times with different people on the phone who are obviously under extreme pressure to defraud you. They call and call in the hope that you will be broken and finally give them all your money as you feel that you do not have any other options available.

Under pain of telephone torture, I finally gave in and sent them my savings. The next day when I awoke and checked my bank balance, I couldn't believe what I was seeing!

It really happened! the aliens had robbed me of everything I had, after only 3 weeks of making the deposit!

I've lost a lot, but it took almost no effort! Obviously I have no experience in trading or investing. I've never made a trade in my life before, yet here they were actually taking my money.

The brokers are very nice at first and really try to make it sound like they're your friend, but if you do the sensible thing and read the small print at the bottom of their website, it says: Important Note: Trading in FX and CFDs involves a high risk of loss due to the leveraged nature of the trading which might lead to the total loss of your capital and which might not be appropriate for all types of investors. Please read our full risk warning and the relevant broker you will be registered with to ensure that you understand the risks involved prior to proceeding, taking into consideration your relevant experience. In other words, this is not trading, it is betting, and the chances are that you will lose.

At this point, any colleague I would show my account to, would run away to avoid this platform.

I decided to withdraw the rest of my deposit before I lost it, but as soon as I tried, Brexit Millionaire started to rapidly lose all of the funds in my account. The remaining amount dwindled so quickly that I tried to contact the support staff who had been so keen at the beginning of my association with Brexit Millionaire, they were nowhere to be found.

7 hours later, I've received an email from the aliens, lying to me that the money was still there!

Akshay from London was not lying, Brexit Millionaire indeed is a scam and it will definitely ruin a lot of lives unless we take action!

As usual with these scams, 'today' they've sent an email to everyone explaining that soon they will have to close down the registrations for new members as they don't want people to think before giving out their details.

If you haven't by now, I urge you and everyone reading this to report Brexit Millionaire as a scam right away, in order to stop more innocent people being defrauded.

Account registration is just a way of getting your number so that they can call and call to take your money..

Account registration is just a way of getting your number so that scammers can pester you into being defrauded.

However, it's necessary to get the police and Google and the FBI intersted in order to fully shutdown these scammers and their fake 'trading' algorithm

IMPORTANT: You are very likely to receive a call from scammers after signing up, just like I have. Don't give them your number or you will be sorry and I highly recommend changing your number if you have already given them your details, before they convince you to give them your savings.

For those interested, here's my full 4 week journey with Brexit Millionaire:

Second Week: £5,659.48
In the second week everything happened very quickly. My balance disappeared faster and faster. After 14 days I had lost £5,659.48 from my spread-betting account.

Third Week: £8,948.35
The third week went very smoothly too for the scammers as I had given up. I even started only checking my account every other day or so because it was so depressing. Bitcoin Sucker platform has destroyed my life and I have lost £8,948.35 in total.

Fourth Week: £11,394.28
At the end of the test I had a breakdown because of losing£11,394.28. My colleagues and I could still not believe how this could be legal when losing this much money in just 4 weeks with an innocent little £200 investment. 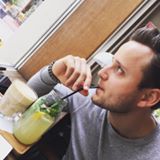 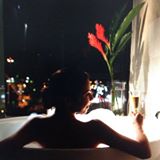 Vivianne Chan ·
Tauranga
Thanks for sharing your misery, looks like it's not worth giving it a go! :O
Like · Reply · 252 · 1 min 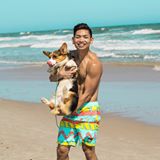 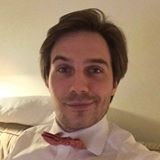 Axel Guilloux ·
None
easy scam on the internet could be easily possible with this, morons! :D
Like · Reply · 189 · 4 min
Show 10 more fake replies in this thread 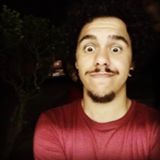 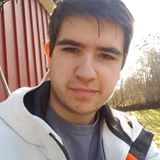 Piter Jefferson ·
Richard, it's autopilot. All you need to do is start autotrader. After that you can chill and watch money rolling in. Can't believe it, but it's that simple!
Like · Reply · 227 · 9 min 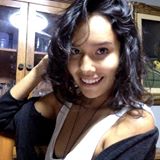 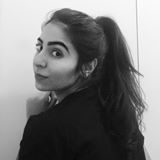 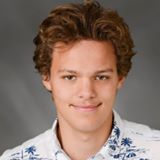 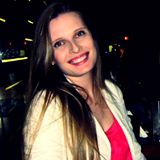 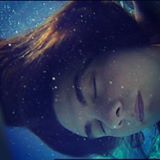 Cameron Morgan ·
Auckland
That's an epic scam! How could no one have ever thought of this before? Scruples I guess!
Like · Reply · 430 · 4 hrs ·

Márcio Longo
Yes it's sad. Facebook, Twitter could stop this scam but they are just too greedy. They only care about boring ads... ...See More
Like · Reply · 99 · 27 min 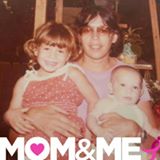 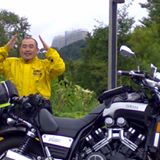 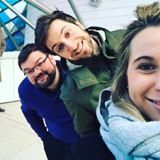 Florian Di Martino ·
heh How is this legal? It just forwards you to an unregulated broker.
Like · Reply · 1584 · 5 hrs 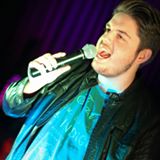 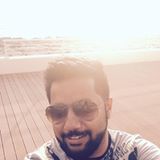 Arun Narayan
Thank you guys for this article and thank you Justin for uncovering this scam!
Like · Reply · 795 · 36 min
Show 10 more replies in this thread
Facebook Comments Plugin